Impact that scales, insights in real-time and everything in the cloud

What our happy clients say about us

Simplify your work with a suite of powerful tools

Award winning websites and so much more

We breakdown and discuss industry topics with you

Poll: 58% of practitioners rate the PPRA’s performance as “very poor”

Poll: 58% of practitioners rate the PPRA’s performance as “very poor”

The Property Practitioners Regulatory Authority (PPRA), previously the Estate Agency Affairs Board (EEAB), was launched in February 2022. Its aim is to regulate the affairs of all property practitioners, allow for transformation in the property sector, and to provide consumer protection.

Has the PPRA lived up to its potential? Not quite. Since its inception, it has been plagued by technical glitches, PDE exam mismanagement, and confirmed fraud allegations. Ultimately, one news report says the PPRA is “unleashing chaos on the property market” rather than helping it grow. To get the full picture, Prop Data polled local property practitioners on their perceptions of the real estate watchdog.

In September 2022, Prop Data polled property practitioners on the performance of the PPRA. The results found:

Nicholas Gaertner, Director and Chief Operations Officer of Knight Frank South Africa, says he isn’t surprised to see over 80% of the respondents rated the performance of the PPRA as either “poor” or “very poor”. 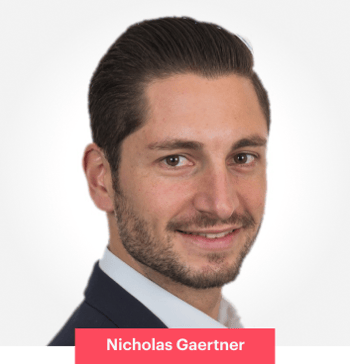 “Since the talk of a change from the EAAB to the PPRA surfaced, there was hope that the many downfalls and inefficiencies of the system and service line would be sorted out and bettered. It has however been the complete opposite. The PPRA seems incapable of dealing with even the most basic queries in a time frame that can be described as even vaguely reasonable. The PPRA is completely disorganised and mismanaged, with next to nobody within the property industry having any faith or trust in the governing body.”

Challenges practitioners have had with the PPRA

A lack of service: Queries are often never attended to, are lost, or just completely disregarded for months.

Poor communication: Multiple follow-up calls, emails, and queries are required in order to try and get anything done. “Should you manage to get a hold of someone via the call centre, the call regularly drops after a short while without a way of being able to get a hold of the same person again,” points out Gaertner. “The call and query have to then be restarted from scratch.”

An inoperative system: The PPRA system has been down almost every day since coming into existence. “There has not yet been an instance where I or anyone from our office has been able to get a hold of someone to assist where they have been able to service the query on the spot due to the system being constantly offline,” says Gaertner. “I suspect that when the system does then temporarily come online that the queries are not logged by the PPRA employee, as it always requires multiple follow-up calls, emails and queries.”

The PPRA needs to improve its performance

Because property practitioners need to get their certifications done through the PPRA, the regulatory authority has a huge impact on the livelihood of thousands of individuals. Gaertner believes the whole management and workflow of the PPRA needs an overhaul.

“It is difficult to say what can improve when there is literally nothing that works properly. Staff need to be trained and systems need to be put into place to deal with queries accurately and within a reasonable time period.

“Most staff do not understand their own systems, rules, and regulations of the PPRA. There really is no point in having a call centre if most of the employees are unable to answer or assist with basic questions regarding changes in their own legislation or ways of operating. Even the most basic queries take months (if not longer) to be dealt with.

“More and more fees keep being charged without any benefit being shown to the industry. Yet, they are servicing an industry that brings in huge government revenue. More care needs to be taken to try and assist the industry in a professional manner if they want to keep property practitioners' confidence.”

Advice for practitioners dealing with the PPRA

Gaertner says, at present, solutions or advice are hard to give due to assistance from the PPRA being close to non-existent.

“However, should you have any queries regarding regulations or requirements within the industry it is best to speak to fellow property practitioners who have strong experience within the industry. You can also turn to attorneys that you regularly deal with, as they are generally up to date with changes in the regulations and legal requirements that need to be followed.

“While delays within the PPRA are unavoidable at the moment, it is important to try and plan in advance as much as possible.”

Keeping your agency/brokerage running in a COVID-19 world

Benefits Of Google My Business For My Real Estate Agency